While prepping my good luck meal for the New Year (black eyed peas, collard greens, cornbread, etc.), I felt inspired to blog a reflection of my 2018 journey.  This year marked my 10th year LAnniversary.   Whew – It’s been a ride! I’m still here and standing strong! My path has not been linear and at most times unclear. Nonetheless, the destination has not changed since I realized filmmaking was how I wanted to make my living - a desire I believe God placed in my heart.  Although the route has taken longer than expected, each year I receive little victories that confirm I’m on the right path.

This year was met with challenges and triumphs.   I left my job of five years to work for an amazing company that would elevate my career and provide personal growth.  A few weeks into the position, I got the devastating news that my Grandmother passed from her battle with dementia.   Despite knowing this day would come, nothing prepared me for such loss.  It was hard to fathom that the woman who had a strong hand in shaping me was gone.  I found peace in knowing that she loved me dearly and that I reciprocated that love by honoring and uplifting her legacy.

One of the highlights of my year was participating in the Story Rebels Writer’s retreat in Marrakech.  Waking up to the melodic call to prayer, eating delicious Moroccan cuisines, touring the Medina, and exploring my creative process with a poet, novelist, architect, set designer, filmmaker and other creatives were beyond anything I could ever imagine.  It was the fuel that I needed to push my creativity to the next level.

What I look forward to most in the New Year is going into production on my next film, Destiny’s Road – a proof of concept short developed from a feature script that I wrote.  I’ve spent the last few days of 2018 working on the creative vision and securing crew.  As once told to me by a mentor, “you get better with each project.”  Growth is what I’m seeking to gain with this film as well as more resources to produce the feature version - my prayer for 2019!

Some valuable lessons learned this year were (1.) focus on progress, not perfection, (2.) make self care mandatory, and (3.) be comfortable with the uncomfortable, particularly when working through fear.   On that note, I leave you with this video of me riding a Camel with fellow Story Rebels Artists.

What I thought would be a fun and adventurous excursion turned out to be terrifying. When the camels arrived, I became intimidated by the enormous size and horrified with idea of mounting on one. Not to mention, I was paired with the stubborn camel.  With a little encouragement from my comrades, I mustered up the bravery to hop on.  The ride was bumpy and my thigh muscles were sore from trying to stabilize myself. When the 45 minutes of terror were over, a huge weight was lifted.  I realized it wasn’t as bad as I psyched it up to be.  It actually felt amazing!

While prepping my good luck meal for the New Year (black eyed peas, collard greens, cornbread, etc.), I felt inspired to blog a ... 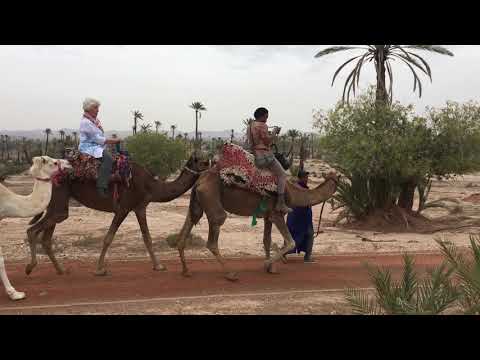